The new Animal Welfare Regulations came into force on 1st October 2018. They will replace the existing Boarding Establishments Act 1963, Pet Animals Act 1951, Riding Establishments Act 1968, Dog Breeding Act 1991, Performing Animals Act 1925. The new regulations take effect on renewal or if your business is being brought into the scope of licensing for the first time. Businesses earning under £1000 per annum do not need to be licensed and licenses are generally only required by businesses that have premises like day care centres and home boarding establishments. Dog walking and pop in services are not covered by the new regulations.

Why is there a need for new regulations?

The existing laws are largely outdated in the UK and as the Pet Sitting Industry is growing rapidly, the new regulations have been brought in to ensure the welfare of animals in the care of others. There is currently a lot of inconsistency across the country with varying licensing fees and different criteria from one council to another. The new regulations are in place to stop this.

What is included in the new regulations?

The new regulations cover a whole range of criteria with regards to boarding dogs. These vary from forms and policies you should have in place, training of staff, dog rest areas, cleaning, walking, monitoring of behaviour and many other areas. A star rating system is being introduced where businesses who are meeting a higher criteria are given a higher rating and this could potentially mean lower fees and longer license periods. In the guidance documents there are details on how a higher star rating can be achieved.

Discussion On How Many Dogs Per Walker Heats Up

Have you ever watched someone struggle to walk multiple dogs down a crowded street, in a field or park? Did you happen to witness five, six, seven or more dogs walking in all different directions, while being corralled on multiple leads with a single human at the helm trying to take control? Local Authorities in the UK are looking at new local rules seeking to stop this practice and restrict these type of outings to just four canines per person, at any given time like NarpsUK’s policy.

Many unregistered dog walkers are opposed to these rules because it means less pounds in their pockets with fewer paid pets being available on their leads according to this possible new law. But for dog owners with more than four of their beloved four-legged critters out for a stroll, they’re also are up in arms about the possibility of this new legislation going into effect. But how many dogs are too many to control by the walker?

Can one person actually handle a problematic dog incident with five (or more) dogs involved in a possible violent disagreement amongst these pets on a lead?

Some pet owners swear that smaller dog breeds, are easier to walk and control (indoors and out) compared to larger animals and they consider this in their opposition against this potential new rule. But according to some recent statistics, the family friendly, smaller Jack Russell terrier is responsible for the most dog attacks where a breed was pinpointed as the culprit.

Also according to Beverley Cuddy the editor of Dogs Today magazine, “More often than not when a dog attacks it is because of a lack of dog-handling knowledge.” Cuddy doesn’t specifically say this has to do with how they’re handled on a lead, but it seems to be implied at the very least.

Another reason for the possible push in this new legislation could be the significant rise in violence since dog attacks have surged during the last decade. It’s been reported that from 2005 to 2015, canine attacks are up 76% over this ten year period of time.

But for supporters of this possible new ruling, they say it’s mostly about a lack of control and a growing amount of animal waste. When it comes to doggie-doo-doo patrol and a lack of control, can a walker of multiple animals really keep track of all the excrement that happens during this journey? With only two hands available, this is a difficult task at best with multiple dogs.

While pet owners could be walking a half-dozen cute little dogs, what happens if they run into some kind of trouble? The possibilities are endless, everything from an encounter with an aggressive dog to some kind of unforeseen accident. With the walkers hands already full, how can they deal with a possible tragedy? What if the animal walker becomes injured, what happens next for the dogs if their controller is disabled, even temporarily?

Some of the real answers to these important questions happen when it comes time to hire a pet sitter or dog walker for our beloved animals when we’re away from home, at work, school, even a holiday when we can’t take them with us for whatever reason. When we hire pet sitters and dog walkers, we want them to take possession of these beloved family members and give them their undivided attention and care regardless of what the law has to say on the matter.

That’s why we already have special terms and conditions already in place when it comes to responsibly walking our client’s dogs that include no more than four canines per lead. We don’t need legislation to tell us this is simply the right thing to do for everyone involved. This forms part of our Terms and Conditions and Code of Practice which have been written in consultation with the RSPCA.

Travel junkie, Amber Kingsley, is a freelance writer. She is a dog enthusiast and loves spending time with her Pomeranian, Agatha.

So you’re thinking about going on holiday or have a business trip coming up and you’re sure that one of your friends or family members can watch your pet during your absence. But is this really the best choice for you and your animal?

While your dog or cat may be familiar with this choice, there’s many other things to consider when putting this responsibility onto someone you know and trust. Here’s six reasons why hiring a professional pet sitter is better than choosing from a family member or friend:

Asking for this type of commitment from someone comes with a tremendous amount of responsibility. Often friends or family may agree to do so out of sense of guilt or not wanting to disappoint you. Wouldn’t you rather have someone who is completely committed to the care of your pet?

2 – In Case of an Emergency

Since pet sitters are schooled with special concepts of pet care, like first aid training, if something did happen to your pet while you’re away, they will know exactly what to do. Whether it’s a simple scratch or a necessary emergency trip to the vet, a professional would know the difference and act accordingly.

Perhaps nothing can destroy a relationship with a close friend or family member like dealing with an unfortunate financial dilemma. On the off chance your pet does become injured or ill after your departure, who is responsible financially … is it you because it’s your animal … or the pet sitter since the animal was under their care? Since professionals are licensed, registered and insured, you won’t even have to have this uncomfortable conversation with someone you’ve had a lifelong relationship with.

Professional pet sitters are also able to better address special circumstances that may come into play depending on your animal’s unique situation. Perhaps they’re on a restricted diet, take special medications, on a strict exercise regime or other important issues. Other tasks like cleaning their water bowls or changing a litter box could be overlooked by someone who is not a professional.

When you hire a professional service, that’s exactly what you’re getting. Face it, some of our friends and family members aren’t necessarily the most dependable people on the planet. Not to say they shouldn’t be trusted, but sometimes things happen that are beyond our control. What if your intended caretaker was involved in a car accident, has to work late or some type of an emergency occurs … where does this leave your pet?

Often there’s more to pet sitting than just spending time with the animal and taking care of their needs. Pet sitting services will often perform other household tasks, picking up the mail, newspapers, taking out the trash, even house sitting if that is what makes you feel the most comfortable.

In closing, consider that professional animal sitters are simply better equipped to deal with a number of situations that could arise during your absence. You know what they say, better safe than sorry.

NarpsUK have been asked by the Kennel Club to circulate a revised 'Dog Walking Code for England & Wales' has been published, this forms part of the Government Countryside code which gives excellent guidance and advice for commercial dog walkers who walk their dogs in National Park Authority space, farmland, woodland, parks, hillsides and moorland. 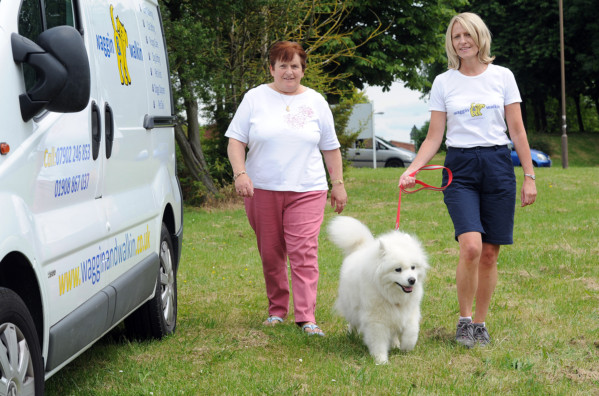 A MILTON Keynes dog walker is taking on a much more vital role in helping look after owners’ much-loved pooches.

Jayne Coleman has set up a pet ambulance or taxi service to take ill dogs to the vets, and it has already been vital in saving the life of 16-year-old Nikita.

The Samoyed, who is blind and deaf, was passing blood just two weeks ago and owners George and Sylvie Nichols feared for her life.

With their own car in the garage getting repaired, Sylvie, 68, called Jayne, who promptly turned up with her Waggin ’N’ Walkin van, and got her to Ashton Lee vets in Newport Pagnell, where she was treated for cystitis.

Now that she has been on antibiotics Nikita is cured, leaving her owner extremely grateful.

“I thought Nikita was on her way out,” said Sylvie.

“Since she has been on antibiotics she has been marvellous and it’s wonderful that Jayne offers this service.”

George added: “It’s nice to know the service is there.”

Jayne, a first canine responder, said the idea for a pet taxi and ambulance service came about after receiving a phone call through her dog walking website to see if it was a service offered.

The Milton Keynes Animal Ambulance founder Ian Fletcher died last year, which means that the city has had no such service until Jayne came along.

But it may not always end as happily as it did for Nikita.

“I know there will be some pets that don’t come back.

“I appreciate that it is a sad fact, not all pets return from the veterinarians after their visit, but people can rest assured that we are compassionate and sensitive to your needs and will do all we can.”

For more information on the company, go to www.wagginnwalkin.co.uk. 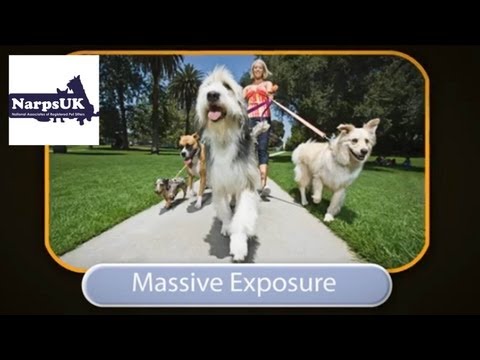